Thirty years ago on July 26, President George H. W. Bush signed the Americans with Disabilities Act. It was one of the most significant breakthroughs in history for persons with disabilities since President John F. Kennedy publicly admitted that his sister was born with intellectual disabilities creating a presidential committee bearing the same name.
Disabilities were never embraced. They were hidden. When President Franklin D. Roosevelt left office in 1945, many of the general public suspected he used a wheelchair, but it was hidden most of the time from their view. Certainly, then and even now celebrities with disabilities like Steven Hawking or Helen Keller’s virtues were extolled by all of us. They were however intellectually gifted.

During most of the 20th century, many Americans with intellectual and developmental disabilities (more than 200,000) were relegated to live in large institutions. There are thousands of stories of abuse, mandatory sterilization, segregation and the routine use of cattle prods referred to as aversion therapy.

Journalists like Geraldo Rivera exposed unspeakable neglect and abuse in New York’s Willowbrook warehousing – well over 6,000 people. Lawsuits paid for through rock concerts hosted by John and Yoko Lennon, Stevie Wonder and Roberta Flack resulted in a tumultuous sea change resulting in institutional closures. States like New Mexico, Minnesota, Michigan and many of the New England states to this date do not have institutions. Still, there remains well over 50,000 people with disabilities relegated to remain in these horrific institutions. Institutions which have become a catalyst for pandemic exposure and death.

President Ronald Reagan was one of the first to push for employment and radically altering Medicaid funding at large institutions for persons with disabilities to live and work in the community. His administration inspired Bush to take his vision to the next level. It was truly a difficult fight.

Now, four presidents later, we still have thousands of people with disabilities living in large institutions in New Jersey, New York, Pennsylvania, Mississippi, California and Texas. We do have employers who have become more aware of the ADA. Some have begun to understand reasonable accommodation; they have more of an open mind, but it remains more of an exception to the rule when a person is hired in the private sector. Many persons with disabilities are exploited to do assembly tasks in workshops earning less than 20 cents per hour. Now with the varying degree of lockdowns, it is becoming even more complex. Some are mandated to stay home and receive “video programming” while first line staff take care of them in small group homes.

Thirty years ago, the world wide web was inaugurated with www. The applicability and ramifications of remain astounding. No one came close to gauging the long-term effect of this. Frankly, I had much greater hopes for the American with Disabilities Act. I figured by now the institutions warehousing people with disabilities would have been closed much faster. It seems even worse with the fact that more people are dying from COVID and the spread of infections within institutions are greater than those in community-based homes. I also thought that so many more people would have jobs and be far better included in society.

I still remain the optimist. We are far better than 30 years ago. I remain grateful to the many presidents who have made such an impact to emancipate persons with disabilities and have visions for them to be employed.

Hopefully within this next decade as we push through the pandemic and the election cycle, more Americans with disabilities will live and work in neighborhoods, have relationships and pursue happiness as we all do. 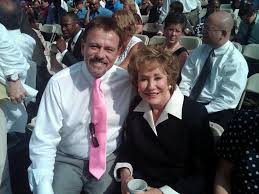